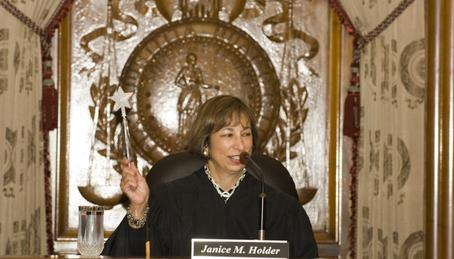 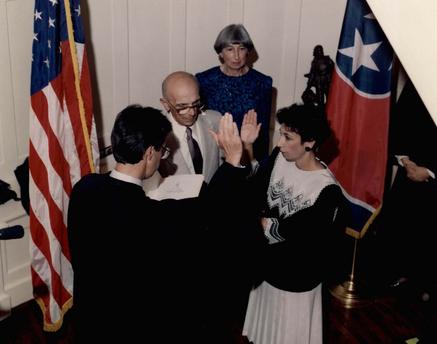 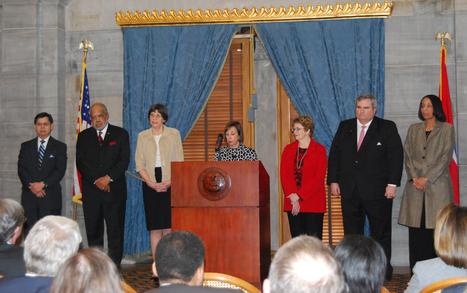 Oath of Office, Judge of the Circuit Court of Shelby County 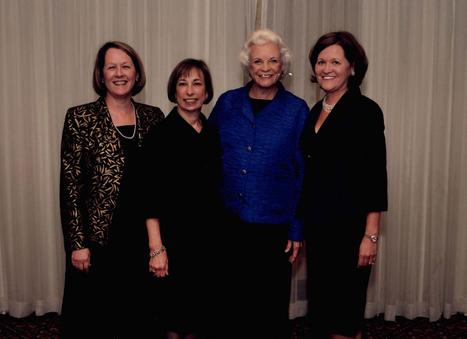 Janice Holder began her legal career in Pittsburgh, Pennsylvania, as a judicial clerk for the Honorable Herbert P. Sorg, Chief Judge of the United States District Court for the Western District of Pennsylvania.  At the conclusion of her clerkship in 1977, she entered into private practice in Pittsburgh. She served as the solicitor for the Borough of McDonald, Pennsylvania, her hometown, for one year before moving to Memphis, Tennessee, where she practiced law for ten years.

Janice was elected judge of the Circuit Court of Shelby County, Tennessee, in 1990. In 1993, she was appointed the coordinating judge of the silicone gel breast implant cases in West Tennessee by the Tennessee Supreme Court. She served as a member of the National Conference of Chief Justices Mass Tort Litigation Committee and the Silicone Gel Breast Implant Subcommittee and was appointed the subcommittee’s chair in 1996.  She also served on the Tennessee Supreme Court as a special justice during its November 1994 session.

In 1996, she was appointed to the Tennessee Supreme Court by Governor Don Sundquist, and in 2008, she became the first woman to serve as Chief Justice of the Court. Justice Holder was a member of the Board of Directors and Second Vice President of the Conference of Chief Justices in 2011. The Tennessee General Assembly honored her in 2008 by the passage of Joint Resolution 1401 in recognition of her achievement. She retired from the Supreme Court in August 2014.

While serving on the Tennessee Supreme Court, she received numerous awards, including the Marion Griffin-Frances Loring Award from the Association for Women Attorneys. She was recognized as a leader of state courts by the Southern Regional Conference of the National Association of Women Judges and as the Jurist of the Year by the Southeastern Region of the American Board of Trial Advocates.

Most recently, she received the William M. Leech Jr. Award for Outstanding Service to the Profession, Legal System and the Community from the Tennessee Bar Association Young Lawyers Division. In 2014, The Tennessee Alliance for Legal Services created the Janice M. Holder Award to recognize individuals who have made significant contributions to expanding Access to Justice in Tennessee. Also in 2014, she was the first recipient of the Justice Janice M. Holder Annual Pro Bono PALS Award created by the Public Action Law Society of the University of Memphis Cecil C. Humphreys School of Law.

Janice is listed as a Tennessee Supreme Court Rule 31 General Civil Mediator in Tennessee and  serves on the American Arbitration Association Roster of Arbitrators. She  is a member of the National Academy of Distinguished Neutrals, Tennessee Chapter.